Encourage Me or Unfriend Me! 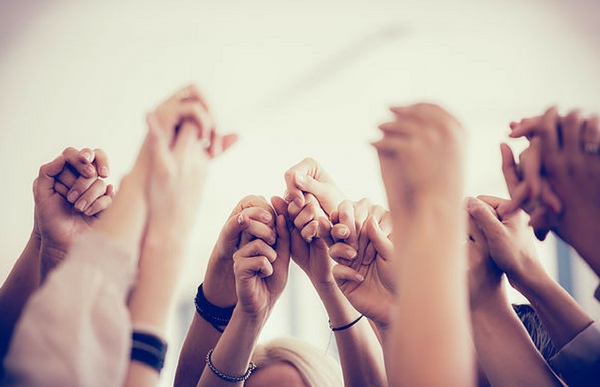 Every woman has the capability to be incredible in anything she sets her mind to do!

As women, we have a long history of the Midas touch even when our means are meager. We earned this reputation by being courageous in our actions, while maintaining our grace. This legacy didn’t come easy. It took a concerted effort from women all across the world to clearly articulate our points of concern from a position of strength without being overly aggressive. This is important when we are providing leadership to men, other strong women, our children, and even our significant others.

I understand that biblically, the man’s position is the head of the household, but as we came from his side, we must stand by his side providing wise council to help him make the best decisions for our families. For those of us that are not used to tackling the mantle of leadership, it may be a daunting task to step and lead. I would ask you to consider that being courageous is not removing fear from the equation, it is having the capability to face fear and put it in a chokehold. This is the only way we can make our dreams a reality!

“In the professional world, you may be placed in a situation where being a woman is used against you to discredit your ability to lead. Don’t be intimidated by their action; stand up to them!”

“When I ran my races, she made it her duty to be somewhere in the vicinity to tease me, and call me the worst two words I could hear “Tititi flop!”
Fortunately, I changed schools, but another team of bullies picked up where the others left off. Similar to many kids, participating in sports was my escape from the harsh realities of life. My passion was aligned with the national pass time of Track and Field. I loved the thrill of the race and the focus it required. I would shut out the whole world and run as if I was trying to outrun my problems. Due to my nation’s love for the sport, this was my opportunity to make my mark and live my dreams. Jamaica’s fervor for Track and Field made my school’s Sports Day the most popular day of the year. It was an extra special day for me as I was one of the fastest girls in the school. As life would have it, a particular girl who other kids referred to as the “Giraffe” due to her being especially tall with a long neck, took advantage of the fact that she towered over me and was especially cruel. She took any and every opportunity to tease me. Sports Day was no exception! On my favorite day of the school year, she had the audacity to make fun of me. During my events, she would wait for me to turn the corner of the 200-meter event just to yell out my name in order to distract me. When I ran my race, she made it her duty to be somewhere in the vicinity to break my focus and harass me by shouting “Tititi Flop!” These two words were meant to describe my breast as they moved to and fro during a race. I had no means for a sports bra at the time, and my large breast would surely flop as I made excellent time around the field. These two words ended up becoming the bane of my existence. Looking back it was very clear that her gangly height and small breast attacked at her self-confidence and stepping on me was her mean of making herself feel better. I was so distraught at the time that I wished I could trade them for a smaller pair and be done with her insistent yammering. Despite my love for the sport, I dreaded my races. As cruel as her words were to me, even I had to admit my breast had no manners at all. They would flop against my will and go everywhere!

I found the courage that I did not know existed inside of me and so can you. I took this newly found courage and was determined that I was not going to allow her to tease me anymore.

“My instinct told me to stop and use my martial arts skills to kick her in the face!”

This particular Sports Day was more packed than usual and my race was about to start. I looked at the spot where “Giraffe” usually stood with her posse and I did not see her. I was so excited that for once I could run my race in peace. All I had to be concerned with was my pace and being one with the ground underneath me. The gun went off and I was on my way to winning … so I thought! As I approached the curve of the 200meter race, I heard my name, but an even louder ‘Tititi flop’ repeatedly! My momentum dropped and I started to slow down. My instinct told me to stop and use my martial arts skills (that’s for another blog) to kick her in the face. I immediately thought of how disappointed my Nunie would be if I allowed this temptation to direct my actions. So I quickly made the decision to continue the race. I finished and came in third place. Very uncharacteristically of me, I was very upset at “Giraffe”. Looking back I was more upset with myself for allowing her to distract me, which resulted in me failing my team. Afterward, I walked towards the rest of my team and “Giraffe” began to follow me around berating me in her usual manner. She teased me all the way to the auditorium.

My dear cousin Juliet, came to my rescue and told “Giraffe” to cut it out! She told her that if she wanted to fight me that she would have to go through her first! She had such conviction and strength in her voice. Juliet was shorter than me and was the smartest student in the class. Everyone admired her scholastic ability and was now immediately impressed with her tenacity to defend me. Her courage moved me and all of a sudden, I became courageous! She was serious about taking on “Giraffe” and I was ready to support her in return! I did not encourage further argument, but mentally I was ready for battle!

Since that day forward, I began to believe that courage does not necessarily come from your size or the strength of your muscles, but from the fire in your soul. I know now that courage can be nurtured through training and education; it is further nested in one’s belief that they can achieve anything they put their mind to. A clear purpose is also key to developing one’s courage. Take my cousin Juliet for example. Her purpose was to defend me and not allow “Giraffe” to bully anyone else. “Giraffe” chatted up a storm for a few more minutes and then strategically walked away feeling embarrassed that my short cousin scolded her for picking on someone who wasn’t her size.

I took this newly found courage and was determined that I was not going to allow her to tease me anymore. I was not going to allow anyone to distract me and be the cause of any more lost races. Even back then I knew I could have won many of those races, but I wasn’t courageous enough to place my abilities over my fear. That experience was the turning point that caused me to embrace my inner courage. Due to my subsequent success following my change in spirit, I was awarded a scholarship for Track and Field. Now that I am an experienced leader of men and women, it does not mean that my courage is no longer challenged. I simply no longer allow anyone to bully my spirit or hinder my dreams. In the professional world, you may be placed in a situation where being a woman is used against you to discredit your ability to lead. Don’t be intimidated by this and stand up to them! Be the role model that you want your daughters and sons to aspire to be. Be the sterling example that other young people need, inspire them to emulate your actions. I am an advocate for anti-bullying, girl’s education, women veterans and ambitious immigrant women. I strive to bloom where planted and use my talents to make a positive impact on my community. Despite my adversaries, I stayed true to myself and made it my duty to lead others With Courage and Grace.

This blog is for women across the globe and any man that I inspire. Let us celebrate each other not only on “International Women’s Day”, “Women’s History Month” and “Women’s Equality Day”, let us celebrate every day that we are blessed with another breath of life. I will continue to share more of my life’s experiences where I had to face my fears, put them in a chokehold, lead my dreams, and walk in my purpose in an effort to encourage you to do the same.

Stay Connected! For more inspiring stories of love, strength, bravery, inspiration, motivation, adventure, parenting, beauty, and wellness, subscribe below to receive notifications of our blog posts and new product arrivals. Follow me on social media @sincerelymaxine. Remember to be Persistent in your Purpose, and make your purpose your Passion. Do all things with courage and grace.

“You gain strength, courage, and confidence by every experience in which you really stop to look fear in the face. You are able to say to yourself, ‘I lived through this horror. I can take the next thing that comes along.”

Be Courageous. Be Authentic. Be Regal @sincerelymaxine